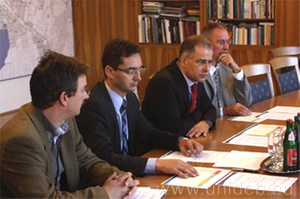 Initiatives launched together with the city of Debrecen represent a priority for the university along with the establishment of incentives for investors. The university and the city work closely together on their projects planned for the 2014–2020 EU budget period, so that they would strengthen one another in the areas of economic development, research and development, and education. The university is devoted to meeting the needs of businesses for a workforce with up-to-date knowledge and skills. 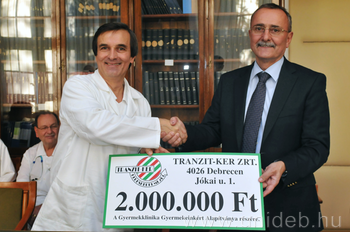 Our university concluded a cooperation agreement in health sciences and the development of sports as a related field with the Hungarian Olympic Committee and the BOM Foundation for Hungarian Sport.

We also signed cooperation agreements with numerous authorities of outstanding strategic role in Hungary, including the National Security Service, the Information Bureau, the Hungarian Defense Forces Augmentation and Central Registry Command, the National Information Infrastructure Development Program, the National Media and Infocommunications Authority, the Central Statistical Office, and the Military National Security Service.  We work together with the National Transport Authority in the development and launching of the professional pilot bachelor’s program.